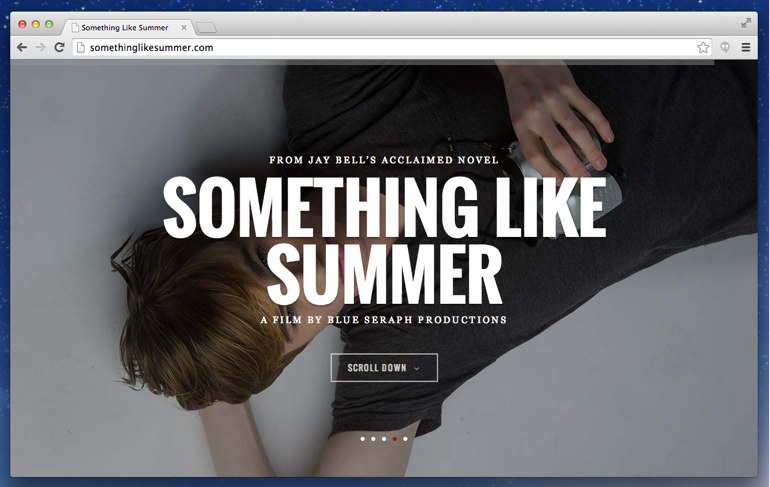 The film project quickly moved into development. That meant raising some initial funding to pay for the screenplay, scout locations and develop the creative aspects of the movie. By mid-2012, we had a nearly final script that we tested out with live actors at a table reading in Los Angeles.

The project went on “pause” for a little while as J.T. and I and our new partner at Blue Seraph Productions, Jody Wheeler, completed preproduction, principal photography in Portland, Ore., and postproduction for our second feature, the mystery-thriller, The Dark Place. That film was just acquired by Shoreline Entertainment for worldwide distribution, starting in 2014. Watch for it at a film festival near you!

PROSPECTS In the meantime, we’ve had a lot of inquiries from actors, agents, casting professionals, composers and artists about becoming involved with Something Like Summer, and that has excited us about this movie’s prospects. We’ve raised a third of our production budget so far, and want to complete financing in the next few months.

This website will chart our journey as we plan to move into production in mid-2014 (read our “Producers’ Message” to learn about why the film means so much to us). We’ll share all our news about casting, locations, production crew and more. To stay in touch with us, visit here often, and ‘Like’ us on Facebook, follow us on Twitter, and sign up for our  newsletter. You can always drop us a line with your questions and comments!

MOVING FAST Things will be moving pretty fast over the next six months, so join us, and learn how you can be a part of this endeavor. We want to make Something Like Summer a film that, like Jay Bell’s novel, resonates with people young and old, gay and straight. We can use all the help you can offer, and can’t wait to become friends.