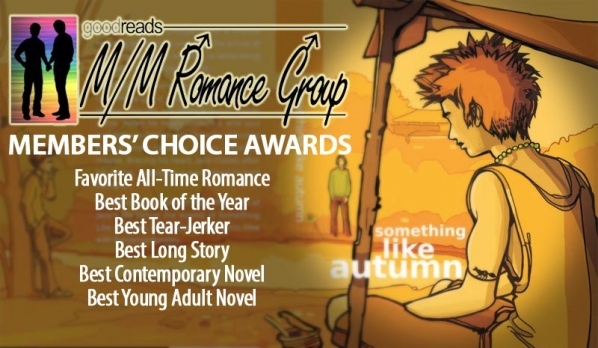 AUTHOR JAY BELL‘s second sequel to “Something Like Summer” has won six awards in Goodreads.com’s M/M Romance Member’s Choice Awards. The book, “Something Like Autumn,” nearly swept all seven categories in which it was nominated. It won:

“These awards are powered by [readers’] votes, which makes them tremendously special to me,” Bell wrote in his blog post announcing the awards. “Thank you guys so much for being generous, awesome and kind. I love you, too!”