100. Blue is the Warmest Color 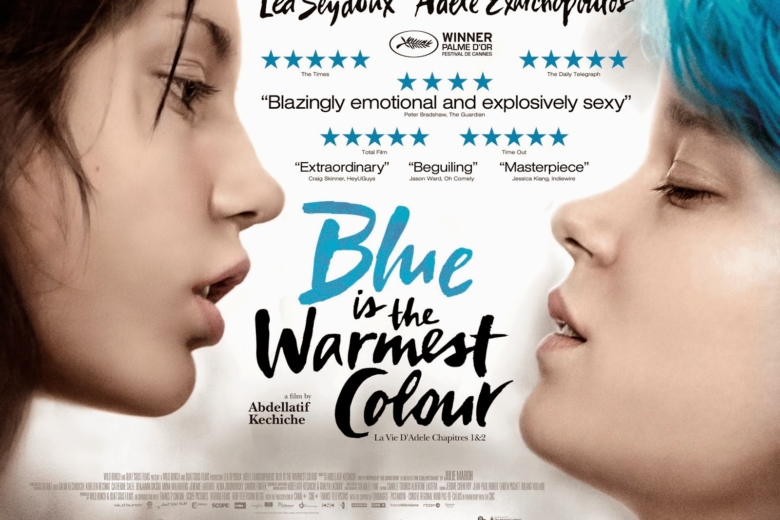 100. Blue is the Warmest Color

I used to really hate French cinema, with its long stretches of scenes featuring absolutely no dialogue. However, after watching Amélie (a film I’ll review later), I have a new appreciation for French movies. Granted, Amélie has a happy ending and most French dramas end far from happily. I’ve come to enjoy watching the silent scenes full of emotion. You just have to get used to not having everything spelled out like in American movies.

Blue is the Warmest Color falls under the category “heartbreaking French drama that slowly unfolds.” It is the coming-of-age story of Adéle, a 17-year-old becoming a woman. She seems like a lost soul trying to find herself and her purpose in life. When she meets Emma on the street, it’s instant attraction. Adéle is slow to accept her attraction and love for Emma, but it’s even harder for her to accept her own sexuality.

The movie is refreshingly honest. The performances are so subtle, yet full of life. Specifically, I loved watching Adéle eat, from slurping spaghetti bolognese to raw oysters with lemon juice. This movie seriously made me hungry; I loved the “realness” of each scene.

Speaking of realness, OMG, the love scene between Adéle and Emma was completely open and explicit. One scene is more than 10 minutes long, showing a multitude of positions and sexual scenarios I didn’t even know were possible. The love scenes are steamy and full of passion. It was quite a difference from Adéle’s first sexual encounter with a man, which seemed rough and mostly one-sided.

Much like Something Like Summer, it’s an indie coming-of-age romance that span several years. And the love interest, Emma, is an artist just like Tim is in Summer. If there is anything that I would take away from this movie, it would be its sincerity. The honest portrayal of two people who fall in and out of love. However, I’m a director who believes in hope, and I am a dreamer. Something Like Summer will certainly be a more hopeful romance than Blue is the Warmest Color. What else can I say? It’s French!

This one is a total heartbreaker (three Broken Hearts!) from beginning to end. Growing up ain’t easy. And you sure make a lot of stupid mistakes along the way.