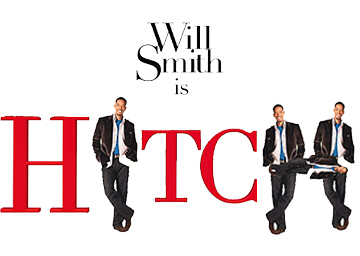 I love Will Smith in Hitch! Like, seriously. I love most of his movies and I think he’s so charming. I actually got to meet him and his wife Jada, many years ago when I performed at birthday parties. I basically dressed up as Elmo or Pikachu and made balloon animals and face-painted unicorns and dragons on kids.  For his son’s birthday, I was Big Bird. Terrible costume and — full disclosure — Will Smith did give me a rather large tip. But I promise that will not factor in my review of his romantic comedy, Hitch.

WILL SMITH plays Hitch, a “consultant” of sorts, a professional date doctor who claims he has the magic touch of getting women to notice any man regardless of his looks or the size of his pocketbook. Unfortunately, he doesn’t really believe in the love himself. And his smooth moves fly out the window when he meets Sara, gossip columnist at a major New York newspaper. And as is the case with all romantic comedies, things don’t go quite as planned.

Life is not the amount of breaths you take, it’s the moments that take your breath away.

I totally love this line, and it comes early in the movie, in which Hitch explains what a date doctor can do for a guy: He guarantees three successful dates and then the rest is up to you. In many ways Hitch follows the classic romantic comedy tropes: Boy Meets Girl. Girl Hates Boy. Boy Woos Girl. Girl Falls In Love With Boy. Girl Discovers an “Ugly Truth” About Boy. “Ugly Truth” is a Misunderstanding. Girl Falls In Love With Boy … Again.

But Will Smith does it so well! And he shines in every scene, even the ones that don’t quite make sense. In one scene, Hitch has an allergic reaction so big his entire face swells like a cauliflower. I’m thinking he needs a doctor! But they settle for Benadryl (side note: Folks, see a doctor if your face starts swelling up). But Will Smith is so fracking charming that you forgive some of the contrived plot points.

MY FAVORITE scene is actually a series of scenes with actor Kevin James. James, made famous by his sitcom, The King of Queens (and Paul Blart: Mall Cop), made a great addition as Hitch’s most recent “patient,” Albert. James comes across as a big adorable teddy bear. And he’s the only actor actor who truly shines with or without a scene with Will Smith.

You know, I didn’t find a lot things in common with Something Like Summer. I hope our movie will come across as a sweet movie you can watch over and over again, an epic romance. Hitch is a fun movie to watch, but unless you’re a huge Will Smith fan, it’s probably not a re-watch for most people.

I will say this. My goal is to find a Benjamin Bentley that is so utterly charming, you can’t help but fall in love with him. Sure, Will Smith is good-looking, but it’s his charm that keeps you hooked.

I’m glad I watched this one. It’s a fun movie with a great movie star.