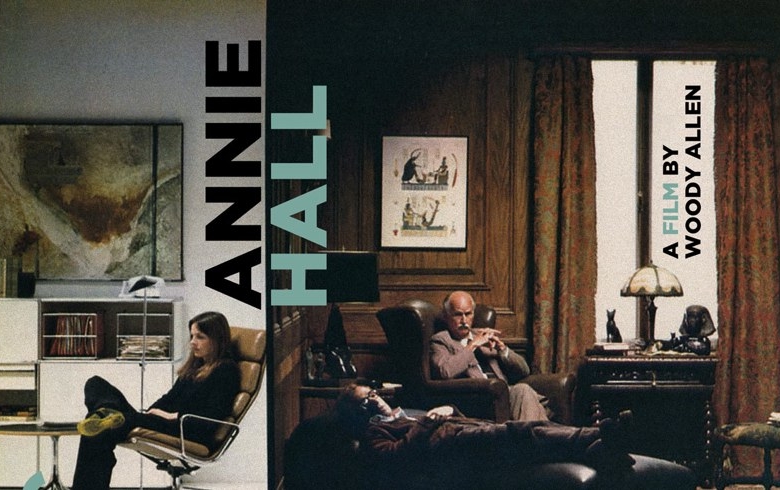 IS THIS Woody Allen at his best? Four Academy Awards, including Best Picture, would make it seem so. And I’m a huge Woody Allen fan. But it wasn’t for Annie Hall. It’s all that writing, directing and acting in his movies. I was introduced to Allen’s movies with The Purple Rose of Cairo (great movie if you haven’t seen it yet).

Somehow this Oscar winner never made it to my screen, until now. Why not watch a classic Woody Allen movie for 100 Films Before Summer? It’s a great watch both academically and just for fun.

“A relationship, I think, is like a shark, you know? It has to constantly move forward or it dies. And I think what we got on our hands is a dead shark.”

Woody Allen plays comedian Alvy Singer trying to understand relationships after two divorces and what seemed like a great relationship with Annie Hall played by Diane Keaton. Through flashbacks, soliloquies, confessionals, mind-readings, out-of-body chats with strangers, along with a bit of animation, Allen unfolds his foibles and neuroses  for all of us to laugh at.

As fun and self-deprecating Woody Allen is, it’s really all about Diane Keaton and all the women of Annie Hall — Carol Kane, Shelly Duvall and Janet Margolin. They are funny and fearlessly independent. You better be quick-witted and loose-tongued to keep up with Allen’s rapid fire dialogue. Diane Keaton is perfectly suited for Allen’s script; she’s wonderful to watch.

Everyone is so young and beautiful too. I enjoyed seeing the youthful cameos of Christopher Walken, Jeff Goldblum and Beverly D’Angelo.

MY FAVORITE scenes are of young Alvy Singer and his family living under a rollercoaster. Family and friends ignores the walls bouncing and dishes clinking. What is it that I love so much about old houses under bridges, next to trains and subways, below landing airplanes and now under a roller coaster? Maybe it’s the juxtaposition of intimate space being encroached by the outside world. Woody Allen paints this picture well. It has just the right about of comedy and nostalgia. I could compare these scenes to what A Christmas Story does for its entirety.

Even though Woody Allen interrupts the narrative with animation and breaking the fourth wall, it seems like a perfect fit Allen’s storytelling. Allen uses these moments to directly engage with the audience. Although not exactly, I’d like to think the music of Something Like Summer will engage with audiences in a similar way. What fascinates me more is the simplicity of Gordon Willis’s cinematography. At times, the camera never moves allowing the actors to do most of the work. Some scenes act more as paintings or tableaux rather than the hasty camera movements you see today.

This is a must-watch romantic comedy not only for its rapid-fire humor, but for its revolutionary style and technique.

You can stream Annie Hall on Netflix or Amazon Instant Video, or buy the DVD on Amazon.