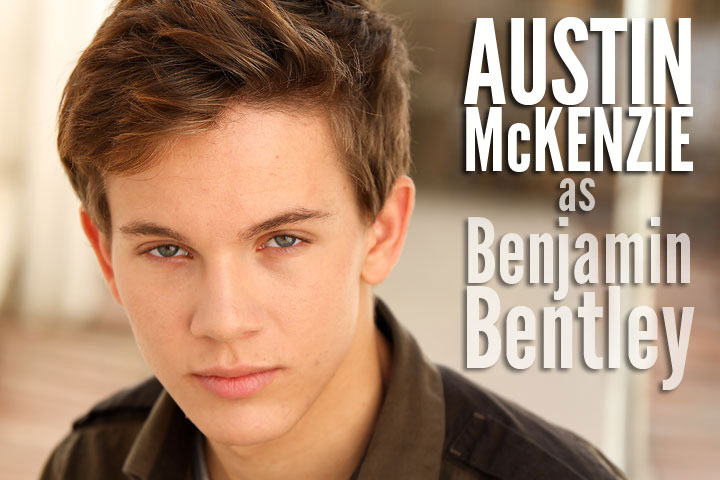 LOS ANGELES — The star of Deaf West Theatre’s critically lauded “Spring Awakening” has been signed to his first feature film role in the screen adaptation of the acclaimed young adult novel, “Something Like Summer.”

Austin McKenzie, a native of Mesa, Ariz., currently appears on stage as Melchior in the Los Angeles production of the Tony Award-winning “Spring Awakening.” He will play the film’s lead.

McKenzie will portray Benjamin Bentley, a gifted young singer whose relationship with unattainable athlete Tim Wyman is depicted over the course of a dozen years.

The novel upon which the film is based is the first of a popular five-book series by author Jay Bell, winner of the Lambda Literary Award. “Something Like Summer” was named one of Amazon’s Best Books of 2011.

“Something Like Summer” is slated to shoot next spring, and is the third feature from Blue Seraph Productions, including director J.T. Tepnapa and writer-producer Carlos Pedraza, both behind 2011’s critically acclaimed “Judas Kiss.”

“We are so fortunate to have discovered Austin in his first professional stage role,” Tepnapa said. “His performance in ‘Spring Awakening’ was transcendent. As an actor, singer and sign language performer, he embodies the power of a production that elevates the themes of ‘Spring Awakening’ to a new level.”

Deaf West’s production cast both hearing and deaf actors whose combined speaking and signing, the Times stated, “lends symbolic punch to the plight of these voiceless youths.”

“McKenzie is charismatic, innocently handsome, and blessed with a gorgeous voice. Mark my words… this young man is going to be a star. He has that intangible quality, that mysterious something that the stage light loves (which means the camera will, too).”

The Times of San Diego highlighted McKenzie’s “wonderful singing voice,” and how he “captures the angst, anger and passion of the character with impressive agility.”

Pedraza, who adapted Bell’s book, and is also producing “Something Like Summer,” said those were the exact qualities the producers are seeking in the character of Benjamin Bentley.

Producers conducted a nationwide search for young men to portray the role, auditioning actors from Los Angeles, New York, Toronto, across the Midwest and the South.

“Something Like Summer” is the third feature from Blue Seraph Productions, a Los Angeles company founded by director Tepnapa. His creative partner on “Judas Kiss,” Carlos Pedraza, also produced their second feature, “The Dark Place,” which is due for digital release on December 2, from Broken Glass Films.

The film is co-produced by Tom Ly of Jade Knight Productions in Seattle, which acquired the rights to Bell’s novel.

More information about “Something Like Summer,” including more casting news, updates and its upcoming crowdfunding campaign, can be found at SomethingLikeSummer.com.