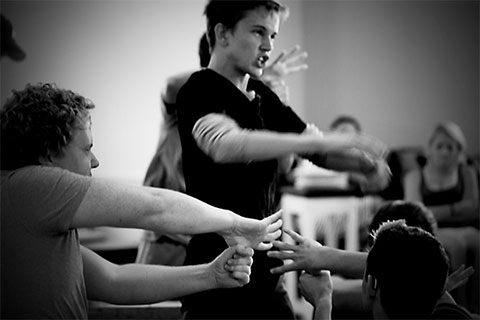 AUTHOR JAY BELL reacted today to the news of Austin McKenzie being cast as Ben Bentley in the film adaptation of his book, “Something Like Summer.”

In an email from his home in Germany to screenwriter Carlos Pedraza, who adapted the novel to a screenplay, Jay wrote, “What makes Benjamin Bentley so special is his unwavering pride intermingled with occasional vulnerability. Austin McKenzie has an air about him that seems perfectly suited to the role. I eagerly look forward to seeing how he brings Ben to life.” He noted Austin’s resemblance to his vision of Ben, “and he can sing!”

PARALLELS In a post on his website, JayBellBooks.com, Jay stated, “Austin McKenzie is Ben Bentley,” and went on to note how much the actor has in common with the character he will portray:

THE DIRECTOR In a posting on his Facebook page, director J.T. Tepnapa wrote he was thrilled Austin meets with the author’s approval:

“You know, casting is really difficult,” J.T. said. “We have all these expectations in our heads about who should play which characters. And we can have this long list of qualifications of what we are looking for in that perfect character.

“[Writer-producer] Carlos Pedraza and I often go back and forth on who we like. But we aren’t the only people in the room. We have co-producers, a casting director, and other vital production team members. And somehow we all have to agree. It only takes that one person that just feels right to everyone. And then we have huge fans of the novel. And I really want them to jump on board and embrace the talented people we cast.

“But you know what really made me happy today? It’s Jay Bell, the novelist of ‘Something Like Summer.’ He was just as excited about Austin McKenzie as the rest of us. Jay, you made my day! And if we have any say in it, we’ve got more great casting news coming your way.”

Jay replied on Facebook, “That’s very sweet of you. The enthusiasm you put into your projects really makes them shine, so it’s easy to be excited about the SLS movie.”