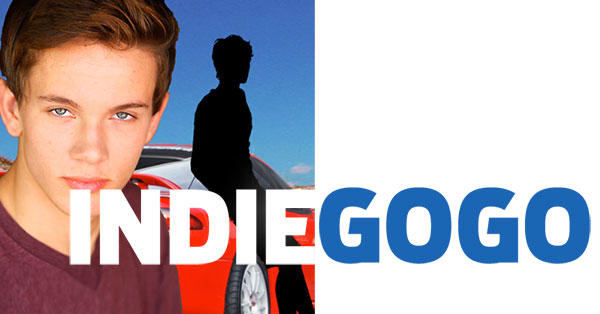 WONDERING WHO will be joining Austin McKenzie (Ben) in the lead roles of Something Like Summer? We plan to announce newly signed cast members on November 12 with the launch of our $100,000 Indiegogo campaign.

UPDATE » Our Indiegogo Campaign page! Our most loyal supporters will find out first, naturally. If you want to be among them, sign up for our newsletter and get access to the casting news first!

#AreYouReady to join the crowdfunding effort? Indiegogo contributions will meet these critical components of the production:

“Our supporters are a vital force in moving our production forward so we can shoot the film and complete it as soon as possible, but we want to do it right,” said director J.T. Tepnapa.

Writer-producer Carlos Pedraza added, “Like many other independent filmmakers, crowdfunding makes up an important part of the financing mix for our projects. It proves to potential investors and distributors that there’s an audience for the stories we need to tell.”

WITH TWO award-winning feature films, dozens of web series episodes and short films under our belts, we have learned how to squeeze the greatest value from every dollar we raise for our projects.

“Our best hedge against risk is our experience as resourceful producers,” J.T. said. “At the same time, our best asset is our willingness to take creative risks.”

Why Your Contribution is Important

While crowdfunding will help get this movie made, we also want to use the movie as a way to shed light on the continuing challenges faced by young LGBT people.

“The story’s themes of bullying, betrayal and ‘it gets better’ tap into the memories and current experiences of a broad and diverse audience, and are a large part of the reason we want to turn it into a film,” Carlos said. “In a time with growing equality for LGBT adults, it’s still very difficult for young people to come out. Many more are coming out earlier than ever only to be bullied at school, and too often thrown out by their parents. Something Like Summer inspires us to face the fear, be proud of who we are, and claim the love we all deserve.”

To that end, we plan to partner with national LGBT advocacy organizations to bring attention to the challenges young gay people continue to face, and crowdfunding support will help with that effort, too.

The Indiegogo campaign will feature a lot of fun and valuable perks to contributors, including:

MULTIPLY YOUR contribution by participating in our referral contest (instructions will be on the Indiegogo campaign page). The more of your friends who contribute, the greater the rewards we can offer you for sending them to the Indiegogo page.