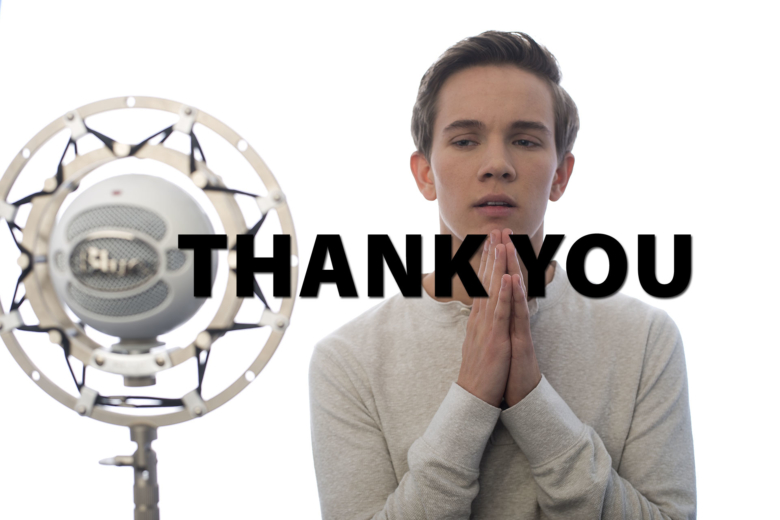 WE’VE CAUGHT UP on our sleep after our 24-hour, livestreamed mad dash to the finish line, Something Like Marathon, raising money for our film adaptation of Something Like Summer. Here’s our “thank you” video:

MORE THAN 1,100 listeners tuned in to our live broadcast as we raised a total of $77,330 on Indiegogo on the final day of the campaign. Immediately after, a private investor, inspired by the banner day of contributions, committed to an additional $30,000 for the project, bringing us a grand total of $107,330 on Sunday night.

Cast, Crew Put on a Show

THE CHALLENGE of filling 24 hours of a live broadcast turned out to be easy, thanks to our stalwart cast and crew. The movie’s star, Austin McKenzie (Ben), joined us for an hour-long interview and impromptu concert, along with author Jay Bell.

Ben Baur (Jace) was there via Skype. Ajiona Alexus (Allison) and Davi Santos(Tim) sent video thanks. Cinematographer David Berry and unit production manager Tellier Killaby joined the late afternoon filmmakers’ roundtable. We interviewed the inspiring entrants in the InspireYOU Video Contest, and fielded questions from dozens of listeners, who also got to know each other in the chatroom.