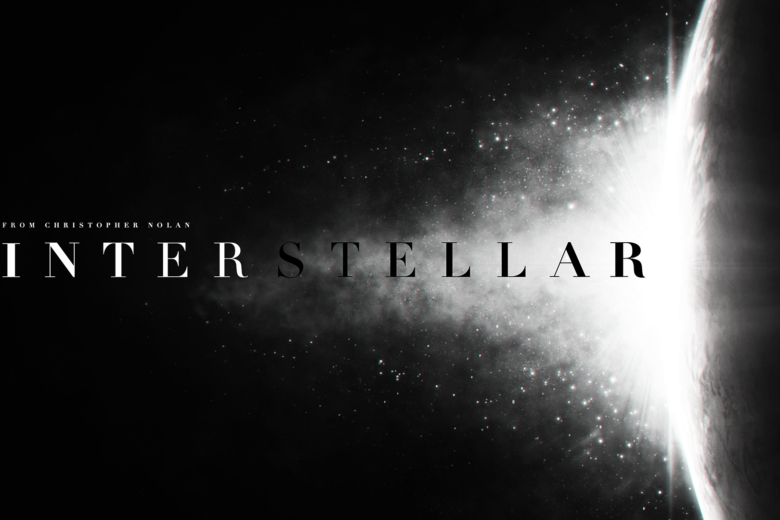 What? Interstellar? A love story? It certainly is. And much like a novel or a movie, 100 Films Before Summer is my story of adventure, exploration and passion. I just hope it has a happy ending.

In my last review, I explored the notion that all movies might be love stories, and a filmmaker’s goal is to tease out what those love stories might be. Some movies do that better than others. So my pick for No. 78 is a science fiction adventure with an epic love story at its heart.

Matthew McConaughey plays Cooper, a former NASA pilot living in a world with mass food shortages and giant dust storms. People have given up on exploring new worlds and now focus on keeping farms running for as long as possible. Society blames the excesses of the past for their current predicament and is now bent on rewriting history to serve their new collectivist society.

However, Cooper itches for something bigger than himself in this not-so-distant dreary future. And he finds his future through a “ghost” haunting his daughter Murphy’s bedroom (Murphy is played by Mackenzie Foy as a child and later by Jessica Chastain). Cooper and Murphy are led to a secret NASA installation by deciphering the  gravitational waves and codes of Murphy’s ghost.

Cooper is the best pilot left on Earth and he’s asked to lead a mission to find a new habitable world for humanity.  If he’s successful, humanity will follow with help of an unfinished formula that will get humanity off the planet and onto space stations, headed to its new home.

Well, that’s the start of Interstellar, which is full of the kind of thrills every science fiction movie needs. But it has so much more. It has love.

“So listen to me when I say love isn’t something that we invented. It’s observable. Powerful. It has to mean something. … Maybe it means something more – something we can’t yet understand. Maybe it’s some evidence, some artifact of a higher dimension that we can’t consciously perceive. I’m drawn across the universe to someone I haven’t seen in a decade who I know is probably dead. Love is the one thing that we’re capable of perceiving that transcends dimensions of time and space. Maybe we should trust that, even if we can’t understand it.” — Amelia Brand

Amelia Brand (Anne Hathaway) believes her heart is leading her to a planet that may or may not be habitable. Although Cooper continues to follow the science, he too is led by love, the love for his family and the little girl he left crying on the front porch. If he’s successful, he might save humanity. But he’s really trying to find a way back home to Murphy. And that is a beautiful and incredible love story.

In a November interview, Interstellar composer Hans Zimmer was asked by the director, Christopher Nolan to provide a day of work from a short story about father who leaves his job to do an important job.

The story had only two lines:

Zimmer spent a day composing the theme and then showed it to Nolan, and Nolan loved it. It was only then that Nolan revealed what kind of movie he had in mind. As Zimmer told Shone:

“I asked him, ‘Well, yes, but what is the movie?’ And he started describing this huge, epic tale of space and science and humanity, on this epic scale. I’m going, ‘Chris, hang on, I’ve just written this highly personal thing, you know?’ He goes, ‘Yes, but I now know where the heart of the movie is.’ Everything about this movie was personal.'”

Even though Interstellar is big Hollywood blockbuster it never loses its heart.

What will you do for the ones you love? How far will you go? People do amazing things in the name of love. In Interstellar, Cooper and Brand travel great distances across time and space for the people they love.  Something Like Summer may not have wormholes, aliens planets, and spaceships. But Ben and Tim certainly span time and space to follow their heart.

Yep! I mix hearts now. What? It’s my review. I give the sparkling hearts for the epic journey, but the extra broken hearts is for a beautiful story that gave me tears of joy.

Nominated for five Academy Awards, you can still catch Interstellar in theaters now.