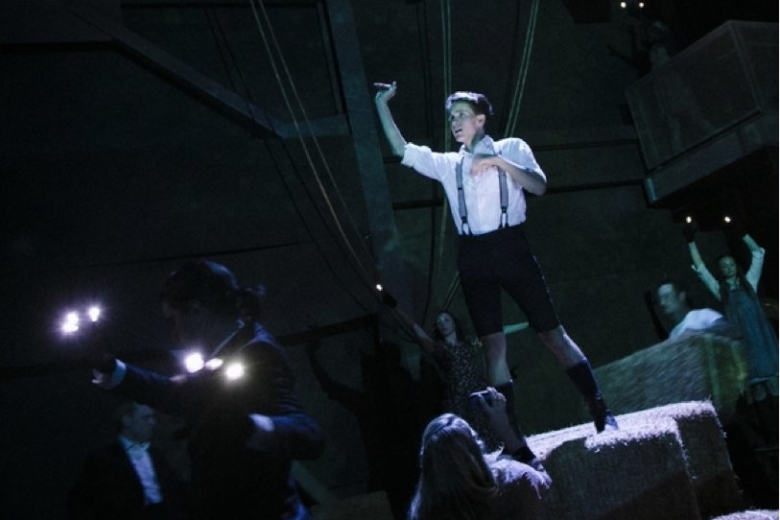 DEAF WEST Theatre’s acclaimed “Spring Awakening” is being revived in May at the Wallis in Beverly Hills, according to the Los Angeles Times, offering theater-goers another chance to see Something Like Summer star Austin McKenzie in the lead role.

The Wallis Annenberg Center for Performing Arts is staging 22 performances of Deaf West’s show from May 21 through June 7 in the Wallis’ Bram Goldsmith Theater.

Like its Broadway predecessor, this production, with music by Duncan Sheik and lyrics by Steven Sater, and based on an 1891 German play, explores the suffocating world of teenagers discovering their sexuality in a repressive environment. But Deaf West’s interpretation casts both hearing and deaf actors in the roles, illuminating the show’s themes of miscommunication and misunderstanding.

The production won nearly universal plaudits, especially for its young cast, led by Austin McKenzie in the lead role of Melchior. Austin was cast as the lead in our film, Something Like Summer, near the end of “Spring Awakening”‘s initial run this past autumn.

“We’re thrilled a larger audience will see Austin’s talent on display before he shoots Something Like Summer,” said producer Carlos Pedraza. “He’ll move from the Wallis production to our set shortly after it closes.”

The biggest change from the show’s original staging by Deaf West at the Rosenthal Theater in Los Angeles is the larger performance space afforded by the Wallis. The Rosenthal has only 99 seats, while the Wallis’ Bram Goldsmith Theater has 500.