77. Jack and the Cuckoo-Clock Heart 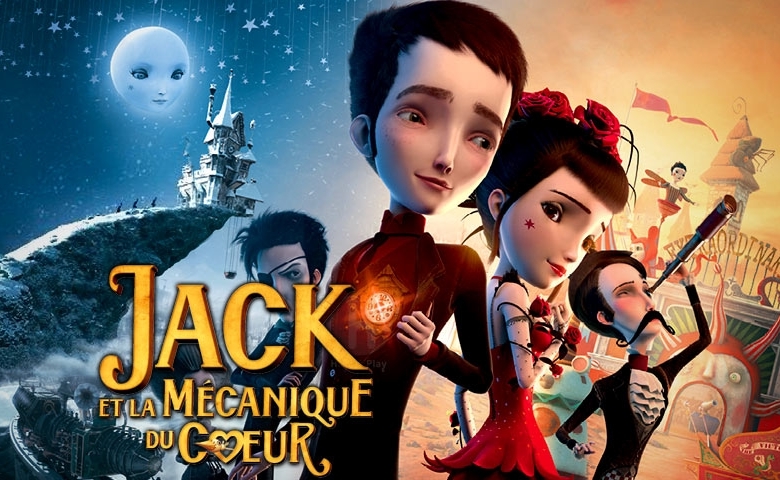 I’M BACK with another epic love story. This time an animated adventure from France called Jack and The Cuckoo-Clock Heart. Although I watched an English-dubbed version on Netflix, I think I would have enjoyed the French version more translated as Jack and The Mechanical Heart. It’s possible some of its charm may have been lost through the dubbing. Or maybe it just amplifies its shortcomings.

IT’S FANTASTICAL 1874 Edinburgh, Scotland. And Jack (Mathias Malzieu) is born on the coldest day ever. It’s so cold his heart freezes and must be replaced by a wind-up cuckoo clock heart. A midwife-turned-mother teaches Jack to be very careful with his delicate new heart. She instructs him there are three things he must never do:

What does Jack do on his first outing? He meets a girl of course (Olivia Ruiz). Did I mention that this one is a musical, too. All the songs are written and sung by Olivia and Mathias in French and English. Of course, it’s love at first sight, but his mechanical heart starts to spit out springs and gears and smokes; it’s too much for his heart. Although he doesn’t see her again for years, he learns more about her through a school bully who also loves this mysterious girl named Miss Acacia.

For years the bullying continues until Jack and his heart can take no more. He stabs the bully with his heart’s cuckoo bird. He sets off on a grand adventure to find his true love.

THE STORY is quite simple, though the filmmakers make up for it with beautiful animation. The art is so crisp, you almost feel as if you watching stop-motion animation, and the visual style has a steampunk esthetic. Unfortunately, the story feels rushed in parts, almost as if there are whole parts cut out. The musical numbers feel as if they halt the film rather than moving it along. I truly wished it had stronger story and music to support such fantastic imagery.

For all its shortcomings, it still had a beautiful and sad ending. Again, its the visuals and animation that captured my attention. I so want to give away the ending but I’ll leave it up to you to interpret.

It’s certainly a love story that spans years. And it has musical numbers and fantastic animation. In that way it has a lot of similarities to Something Like Summer. But its story didn’t leave much of a lasting impression. It seems to be missing the most important part of its story — heart.

So I give it two broken hearts. Great animation, but not quite supported by the music and story.

You can watch the English version on Netflix and Amazon. However, I suggest finding the original French version if you can.