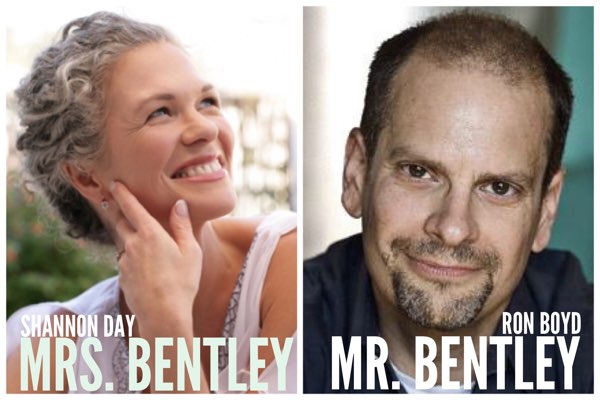 TWO SEASONED character actors — veterans of previous films by Blue Seraph Productions — have been cast as Mister and Mrs. Bentley in Something Like Summer.

Shannon is best known for her work in Halloweentown, Nothing Sacred, Nearing Grace and In the Line of Duty: Blazing Grace. More recently, she has appeared on the shot-in-Portland television series Grimm (on NBC) and the comedy series Portlandia. Genre fans will remember her as Christa on the 1990s reboot of the popular series, Land of the Lost.

She has guest-starred on many network TV series, including a recurring role in the upcoming Amazon series, The Man in the High Castle, based on the novel by Philip K. Dick. She also works regularly as a commercial actress and model. Shannon is also an accomplished singer. Her most recent CD is 2011’s “Saioule,” which she wrote, recorded and produced.

Ron’s work with both director J.T. Tepnapa and writer-producer Carlos Pedraza began in Star Trek: New Voyages, where he played Lt. DeSalle, and in the pair’s first feature Judas Kiss. He appeared on the popular Canadian TV comedy, Corner Gas, and is seen often on the Toronto stage.

Ron is also a well-known comic book artist, whose work has appeared in both Marvel and DC publications.

“We’re thrilled to welcome back Shannon and Ron in these roles,” said J.T. “They are talented character actors whom we think will embody the unique mix of parental authority, affection and quirkiness we envision for Ben’s mom and dad.”

PORTLAND CASTING Eighteen supporting and featured roles remain to be cast, most likely locally in Portland, Ore., where the film is scheduled to be shot this summer.

“We had a very successful casting experience in Portland for our second feature, The Dark Place,” said writer-producer Carlos Pedraza. “We hope to start the local casting process, alongside our Seattle-based casting director Patti Carns Kalles, in April.”

Principal photography for Something Like Summer is slated to begin June 25.