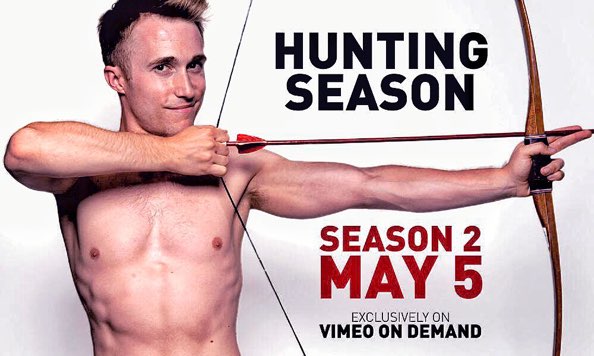 Broadway World reports that season 2 of Ben Baur’s provocative series, Hunting Season, is set to premiere May 5 on Vimeo On Demand. Baur is playing Jace in Something Like Summer.

The new season, which will be available exclusively on Vimeo On Demand for its first 90 days, is changing up its short web series format for four cable-style half hour episodes, $4.99 each to buy and $2.99 to rent.

Broadway World says that Baur’s role as Alex on “Hunting Season” landed him on Out Magazine’s Top 10 Most Eligible Bachelors list in both 2013 and 2014, and notes his upcoming starring role in Something Like Summer, and his appearance in the new Hulu series Difficult People.