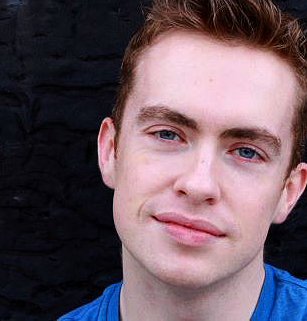 CIAN McCARTHY, musical director of Broadway’s The Book of Mormon is leading the musical production of Something Like Summer, producers announced today.

The 30-year-old Irishman, a graduate of Boston’s Berklee School of Music, is composing the score and doing the orchestrations for the seven songs slated to appear in the film, performed by Grant Davis (Ben) and Ajiona Alexus (Allison).

MEET CIAN Meet the composer of Summer‘s award-winning score at its New York premiere at NewFest on October 22, 2017.

“We are thrilled to have Cian join Summer‘s creative team,” said writer-producer Carlos Pedraza. “He brings the energy and exact musical sensibility we’ve always envisioned for the project.”

Also, Something Like Summer offers Cian a musical opportunity he has always wanted — composing a film score. Most of his work is orchestration and conducting. Besides theater, he’s done stints on The Tonight Show and session work for Sesame Street.

“We are really fortunate,” Carlos said. “Having Cian do both the orchestrations and the score gives us a cohesive musical feel for the entire movie.”

TONY-WINNING producer Hunter Arnold, also one of our executive producers, connected Something Like Summer with Cian, and the pair recently auditioned the top contenders for the role of Ben Bentley in New York City, putting each through their vocal paces.

“All in all we’ve got great songs, reimagined in new and exciting ways and sung by a huge young talent which will give this film a sound and soundtrack that is going to blow the audience’s minds,” Hunter said.

CIAN’S BIG break came at age 23 when he was picked as keyboard player for the debut of the smash Broadway Latin-themed musical, In the Heights, which went on to win four Tony Awards, including Best Musical. Cian ended up as a conductor for the show, possibly the youngest Broadway conductor at the time. He went on to tour the United States with that show and later the hit musical, The Book of Mormon.

In 2013, Cian brought The Book of Mormon to London’s West End, and eventually returned to Broadway as musical director for the show there.