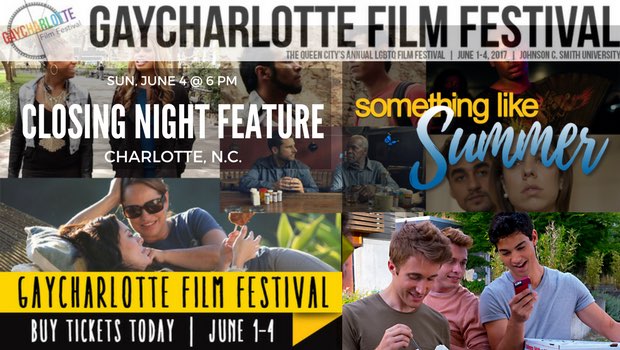 “We’re excited to have another showing of the film in the South,” said writer-producer Carlos Pedraza, “and I think festival goers will be pleasantly surprised about their just-announced closing feature.”

Tickets are already on sale for the closing feature of the festival, which is scheduled  June 1-4 on the campus of Johnson C. Smith University in its New Science Center Auditorium. Buy tickets here.

The GayCharlotte Film Festival, first established in 2009, is an annual event, and since 2014 has been a program of Charlotte Pride. Its mission is to entertain, enlighten, and build bridges of understanding, support and acceptance among the LGBTQ and ally communities in the region.

SELECTED FILMS The festival lineup includes 21 features and short films. Trailers and the schedule for all the films are posted on the festival website.