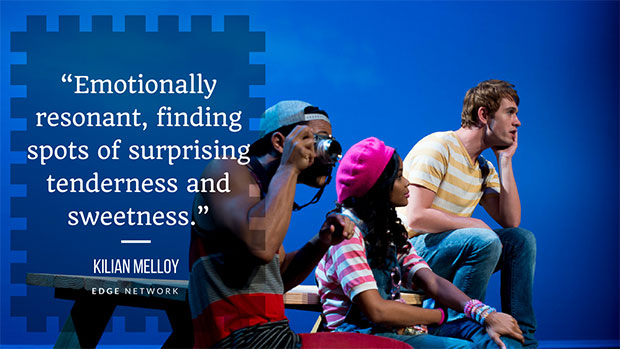 He also complimented the “likable cast’s fine job of transitioning from their depictions of characters in their teens to their late twenties.”

Director David Berry’s musical set pieces “fall somewhere between music videos and numbers from from traditional cinematic musicals,” Melloy wrote, getting into the “heads and hearts of his characters.”

Finally, Melloy advises readers, “It’s also a bit of a tearjerker, so bring a hankie.”