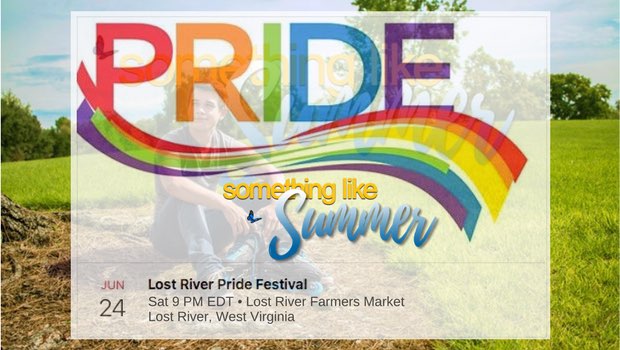 CHARITY EVENT Something Like Summer is the main event at Lost River Pride Festival on June 24 in West Virginia, about two hours outside Washington, D.C., part of a community event raising money for a local education charity.

THE EVENT is being staged by the Mill Gap Movie Night at the Lost River Farmers Market, starting at 5:30 p.m. with a community barbecue, continuing with live music at 7 p.m., and culminating with the 9 p.m. screening of Something Like Summer. Proceeds from food sales will go to the Cougar Vision Alliance for Students.

Lost River Farmers Market, 1089 Mill Gap Road, Lost River, W.V. 26810
Attendance for the screening is being offered for free to the community, courtesy of the event’s sponsors, The Lost River Grill and Motel, Lost River Trading Post, the Guesthouse at Lost River and the Lost River General Store-Inn at Lost River. Lodging is available in the area.

“We’re committed to getting the film into as many small communities — especially in the South — that we can,” producer Carlos Pedraza said, “and if it can help raise money for students in the local area, that’s even better.”

LOST RIVER’S reputation as a gay-friendly vacation destination was noted by the New York Times in a 2013 article, which called the unincorporated 2,700-population community a “backwoods gay retreat,” thanks to the early efforts of the owner of the Guesthouse at Lost River, which in 1982 became an official gay establishment appealing to travelers from Washington.