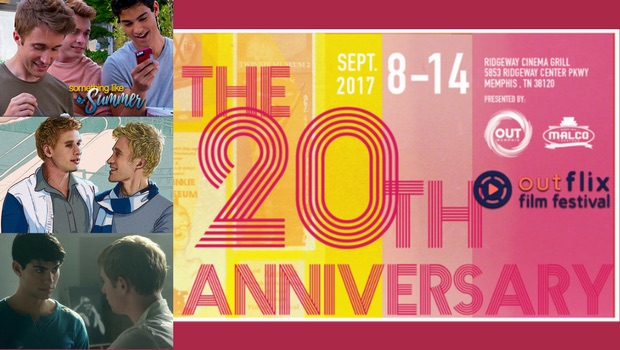 MEMPHIS, TENN. – Something Like Summer will screen at the Outflix Film Festival, bringing the film to the Mid-South, which includes parts of Tennessee, Arkansas and Mississippi, on September  9.

This year is Outflix’s 20th anniversary. The festival is a program of OUTMemphis, which for 27 years has advocated for the LGBTQ community of the Mid-South region, and it runs from September 8-14.

“The Mid-South is a region we were hoping to get Summer into,” said screenwriter and producer Carlos Pedraza. “We know the novel has lots of fans in that part of the country, so it’s important to us to get hopeful LGBT stories there.”

Films like Something Like Summer play an important part in OUTMemphis’ community, according to the festival: “It is important for our community to see images of LGBTQ people on the big screen.”

The festival’s organizers added, “Our stories are not often visible in commercial venues. Outflix seeks to correct that. Outflix brings to the screen our history, our loves, our losses, and our triumphs in a public way.”