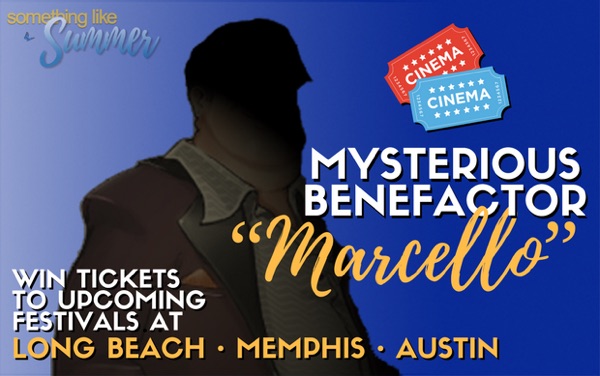 AN ANONYMOUS fan of Something Like Summer is buying tickets for each upcoming festival to give away to two intrepid viewers for each screening.

Calling himself “Marcello” (after a character introduced in Jay Bell’s novel, “Something Like Winter,”) this mysterious benefactor will award two people each a ticket. Upcoming festivals include the Long Beach QFilms Festival in California on September 8, Outflix in Memphis, Tenn., on September 9 and aGLIFF in Austin, Texas, on September 10.

HERE’S HOW to win:

So far, “Marcello” has paid for free tickets at the Jukebox International Film Festival, and bought out the theater so people can see it for free at our South African premiere in Durban.