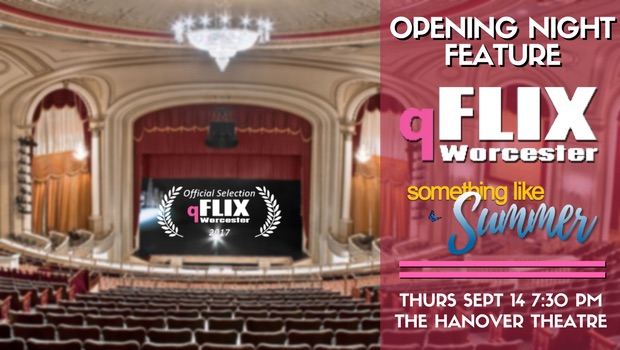 WORCESTER, Mass. — Something Like Summer launches the first qFLIX Film Festival in Worcester, Mass., not far from Boston, on Thursday, September 14, at 7:30 p.m., at the historic Hanover Theatre.

According to festival organizers, the new festival targets an underserved LGBT community in New England, about an hour’s drive outside Boston.

On hand for the opening will be actor Davi Santos (Tim) and writer-producer Carlos Pedraza.

Something Like Summer leads off the weekend lineup of 14 features and a short film program, September 14-17. The festival was organized by some of the same staff as qFLIX Philadelphia, where Summer had its North American premiere and won an award for David Berry for Best New Director.

“We’re so glad to help bring a new LGBT festival to Central New England,” writer and producer Carlos Pedraza said, “the beginning we hope of more screenings in the Northeast, and we’re thrilled Davi and I can attend the opening.”

The Hanover Theatre for the Performing Arts is a 2,300-seat venue, winner of a National Trust for Historic Preservation Award for the 1904 building, and has been consistently ranked among the top theaters in the world.