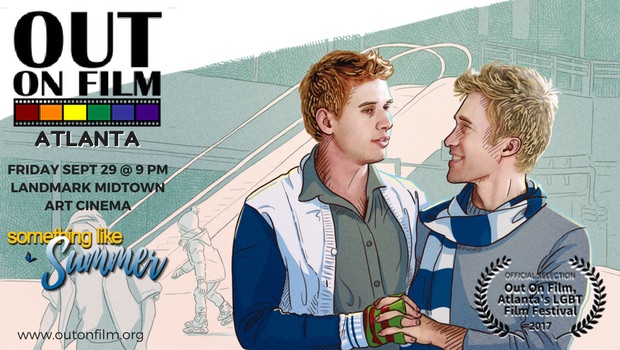 MOST ANTICIPATED Organizers for Atlanta’s Out on Film festival sent advance word to its members about Something Like Summer — which they called “one of the most anticipated LGBT films of the year” — screening there September 29 at 9 p.m.

In an email blast and Facebook Event posting, Out on Film described the film as “a lush, romantic drama with a great ensemble cast,” and noted guests from the cast and crew will attend, including stars Grant Davis (Ben) and Ben Baur (Jace).

“Atlanta has been one of the screening locations most requested by people who want to see the movie,” writer and producer Carlos Pedraza said. “And we’re thrilled to bring another of our films there again.”

Blue Seraph Productions’ Judas Kiss screened at Out on Film in 2011. This year marks Out on Film’s 30th anniversary.