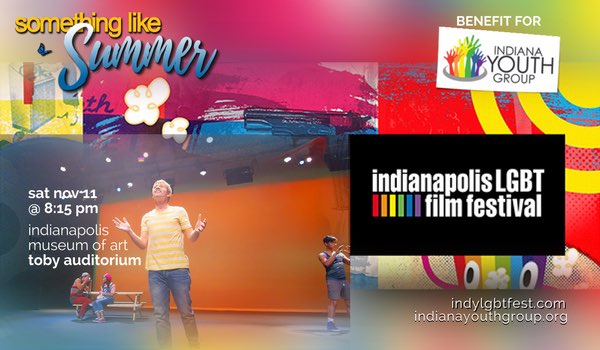 CHARITY FUNDRAISER Something Like Summer‘s Indiana premiere on Saturday, November 11 at 8:15 p.m., is a special presentation by the Indianapolis LGBT Film Festival to benefit the Indiana Youth Group.

“We couldn’t be happier to have our film, which deals with the difficulties faced by gay youth, support such a worthwhile nonprofit organization in Indiana,” said screenwriter and producer Carlos Pedraza.

FESTIVAL TRAILER Something Like Summer gets a prime spot in the trailer for this year’s Indianapolis LGBT Film Festival.

The Indianapolis festival runs November 10-12, with a lineup of about 10 narrative and documentary features, plus four shorts programs, at the Indianapolis Museum of Art. Summer is scheduled to screen in the museum’s Toby Auditorium.