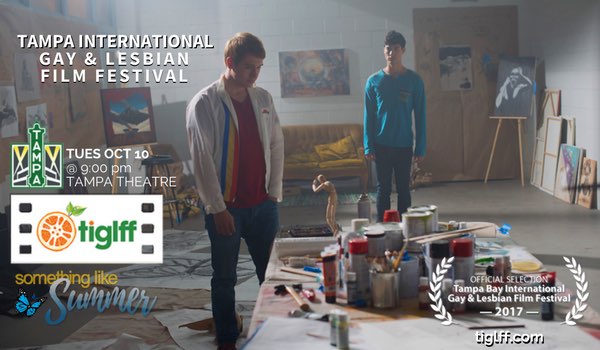 ‘SUMMER’ RETURNS to Florida with a 9 p.m. screening on Tuesday, October 10, at the historic Tampa Theatre as part of the 28th Tampa International Gay & Lesbian Film Festival.

The festival runs from October 6-14, with a lineup of 86 features and short films from more than 23 countries.

A story masterfully told in fantasy musical sequences with a theatre feel.

“I’m so happy Tampa invited us back because there was so much demand from fans in Central and Northern Florida to see the film,” producer Carlos Pedraza said. The movie’s Florida premiere was in May at Miami’s Outshine/MiFo Film Festival.

THE TAMPA THEATRE was built in 1926 as one of America’s most elaborate movie palaces in the “atmospheric” style of design, and was named to the National Register of Historic Places in 1978. Upon entering the theater, audiences are transported to a lavish, romantic Mediterranean courtyard, replete with old-world statuary, flowers and gargoyles — all under a realistic night sky filled with twinkling stars.