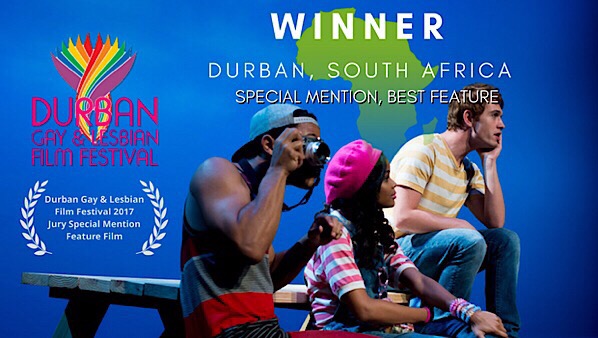 “It is with great pleasure that I can formally present you with the International Jury Award,” Fiddler wrote the film’s producers.

The standard of production continued to wow jurists and audience alike.

The award is the 11th won by the film. “In a year with so many strong films, it’s an honor to receive the special mention for Best Feature from this international jury,” said writer-producer Carlos Pedraza. “It’s a testament to the artistry and craftsmanship of our cast and crew.”

IN COMPETITION Summer was one of six features judged by the jury, and the only one from the United States. The other films were from Argentina (Bromance), Germany (Dark Circus), Belgium (Even Lovers Get the Blues), the United Kingdom (The Spiritualist) and South Africa (The Wound).

The audience for the Durban screening were able to attend for free thanks to pseudonymous contributor “Marcell0,” who bought out the venue for the festival to distribute, especially to youth from the Durban LGBT center.