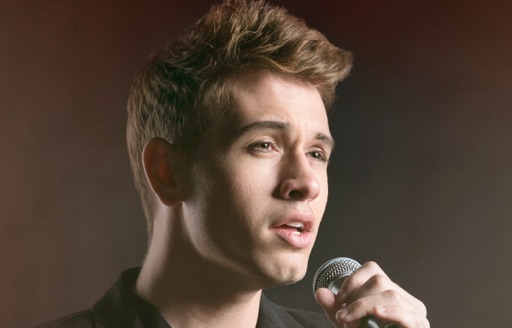 GRANT DAVIS is an actor, singer and activist who says he was born to play Benjamin Bentley. He’s had several roles on film and television, and has released his first album. His musical style combines classic pop and adult contemporary genres with a jazzy edge. He’s also done his own TED talk.

Grant, 18, is a native of Carson City, Nev., who now lives in San Diego. He has packed a lot of experience into his young life, and it showed in the multiple auditions he had to undertake for the role of Ben Bentley.

“I was thrilled when I heard that this talented young man … mentions me as his inspiration,” Harris said.

Grant first came to national attention via NPR with his heartfelt song, “Just a Child.” The song chronicles his own family’s emotional struggle with his teen sister’s drug abuse.

Grant went on to advocate on behalf of families struggling with drug abuse at a TEDx Talk the following year at the University of Nevada, titled “What About Me?”

Grant’s acting credits include roles in the film Dam California, and the daytime soap opera Days of Our Lives. His theater credits include Rent, Hairspray and Into the Woods. He has sung in hundreds of live performances.

About the Role of Benjamin Bentley »

Ben came out of the closet when he was 14, and it was a less-than-liberating experience. Now 17, he’s a pariah in his suburban Texas high school, the subject of furtive whispers and outright bullying. But everything changes that summer, the summer of the arson fires and the summer he first sets eyes on Tim Wyman. A gifted singer, Ben keeps his talent as hidden as the feelings that start to stir between him and a reluctant Tim.

AJIONA ALEXUS is an actress and singer who is breaking barriers on her way to succeed in the television, film and music industries. She is best known for her role as DeAnna on TVOne’s hit series, The Rickey Smiley Show.

Ajiona was born in Tuskegee, Ala., and then grew up in Birmingham. She was 8 when she recited her first monologue on stage. She went right into acting and dance classes, and in the 7th grade was accepted into the Alabama School of Fine Arts.

She won acclaim for her stage performance in “A Raisin in the Sun,” then began auditioning for film and TV roles. At 14, she landed her first lead role in the feature, Unspoken Words. Just a few months later, she booked the role of DeAnna on The Rickey Smiley Show.

Born into a family of singers and musicians, Ajiona has never hesitated to showcase her triple-threat talent. She has opened for artists like Diggy Simmons, OMG Girlz, TK N Cash and IYAZ. In 2012, she release a mix-tape titled, “Radio Ready,” and in 2013, she recorded her debut single, “Dream Big,” under Earn B. Management. Ajiona is currently recording songs for her debut EP. Click on that YouTube social icon under her photo up above and listen/watch her music video. You won’t regret it.

About the Role of Allison Cross »

Allison is Ben’s most loyal friend. A talented singer in her own right, she tries to help Ben get past his fear of performing in public, and supports him through the years as he struggles to find love, and then to choose between the two great loves of his life. 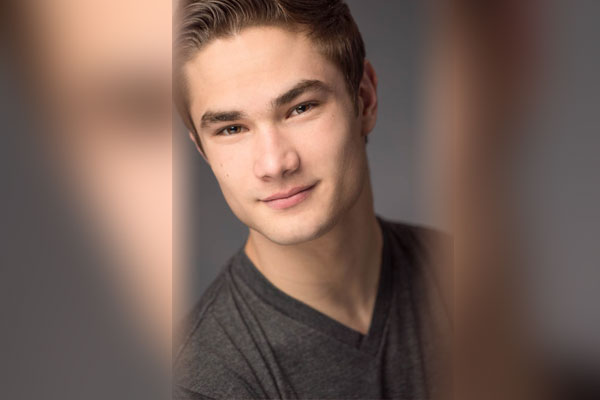 Tristan’s stage experience includes shows like Oliver!, Once Upon a Mattress and The Importance of Being Earnest. He is also a gifted singer, guitarist and bassist.

He has sung with two Grammy Award-winning jazz artists, Esperanza Spalding and Kurt Elling. He studies at the Act Now studio under Katie O’Grady.

About the Role of Bryce Hunter »

Handsome and seemingly self-assured, Bryce welcomes new guy Tim to The Woodlands High School’s most popular clique. But Bryce harbors his own secrets, and his own demons, and he doesn’t like the way Ben follows Tim around.

DAVI SANTOS is a talented actor, writer, producer and director, whose short film, The Cure, appeared at the Cannes Film Festival. He has had numerous guest-starring and recurring roles on the CW, ABC and ABC Family networks. He recently debuted as the Gold Ranger in Power Rangers: Dino Charge.

BEN BAUR was named to Out’s list of 2015’s most compelling LGBT people, the OUT100. He is a graduate of the American Musical and Dramatic Academy, and his recent work includes Difficult People and the provocative web series, Hunting Season.

Ben was raised in Albany, Ore., where his family gained early fame as the creators of Talk Like a Pirate Day, and then in an appearance in the ABC series, Wife Swap.

Ben was picked No. 20 in Out magazine’s Top 100 Eligible Bachelors of 2014, and recently returned to Los Angeles after a stint in New York. He graduated from Los Angeles’ American Musical and Dramatic Academy. His other credits include Fox’s The Following, the short film Kelly, and the cross-cultural feature Front Cover, and the webseries Difficult People and These People. (IMDb profile)

About the Role of Jace Holden »

A flight attendant whose happenstance meeting with Ben profoundly changes both their lives. Ben considers Jace the perfect boyfriend. But what happens when “perfect” doesn’t seem to be enough, and Jace is forced to confront Tim as his rival? 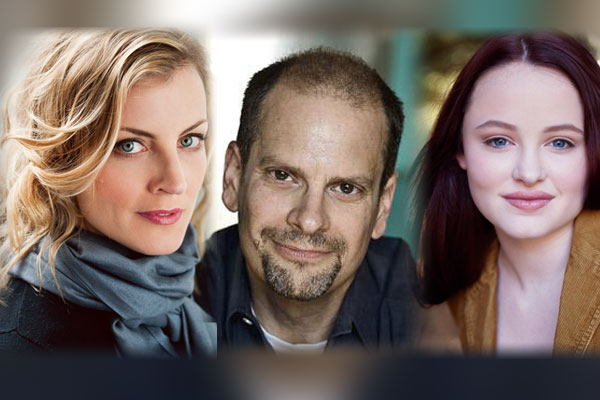 JANA LEE HAMBLIN & RON BOYD are seasoned character actors. Jana brings much experience in film and television, including four seasons on The West Wing, while Ron is a veteran of our earlier features, The Dark Place and Judas Kiss. Jana leads an acting studio in Portland, while Ron has guest-starred in multiple Web series and films, and appears on the Toronto stage. RILEY STEWART is an up-and-coming Portland actor.

JANA LEE HAMBLIN is the owner and founder of Act Now Studio in Portland, Ore. She brings 20 years of experience, along with a true love of acting to her students. Most recently, she has guest starred opposite Fred Armisen and Carrie Brownstein in Portlandia. She has worked alongside Timothy Hutton and Gina Bellman on TNT’s Leverage, and was cast in NBC’s  A Walk in My Shoes with Nancy Travis and Philip Winchester. She also worked with Harrison Ford and Brendan Fraser in Extraordinary Measures.

RON BOYD’S work with both director J.T. Tepnapa and writer-producer Carlos Pedraza began in Star Trek: New Voyages, where he played Lt. DeSalle, and in the pair’s first feature Judas Kiss. He appeared on the popular Canadian TV comedy, Corner Gas, and is seen often on the Toronto stage.

Ron is also a well-known comic book artist, whose work has appeared in both Marvel and DC publications.

RILEY STEWART is a rising young actor, with three films to her credit, Siren’s Song, Clear Eyes: Scourge of the Zombies and Conflict at the Lake. She also has extensive stage and commercial experience.

About the Roles of Mrs., Mr. and Karen Bentley »

Ben couldn’t have asked for a more supportive family when he came out. Well, maybe a little too supportive. His mom is a little over-the-top, his dad does whatever his mom says, and his sister, Karen? Well, who cares what she thinks?